Pornography Addiction Is Not a Dead End. 4 Ways Out of the Trap. 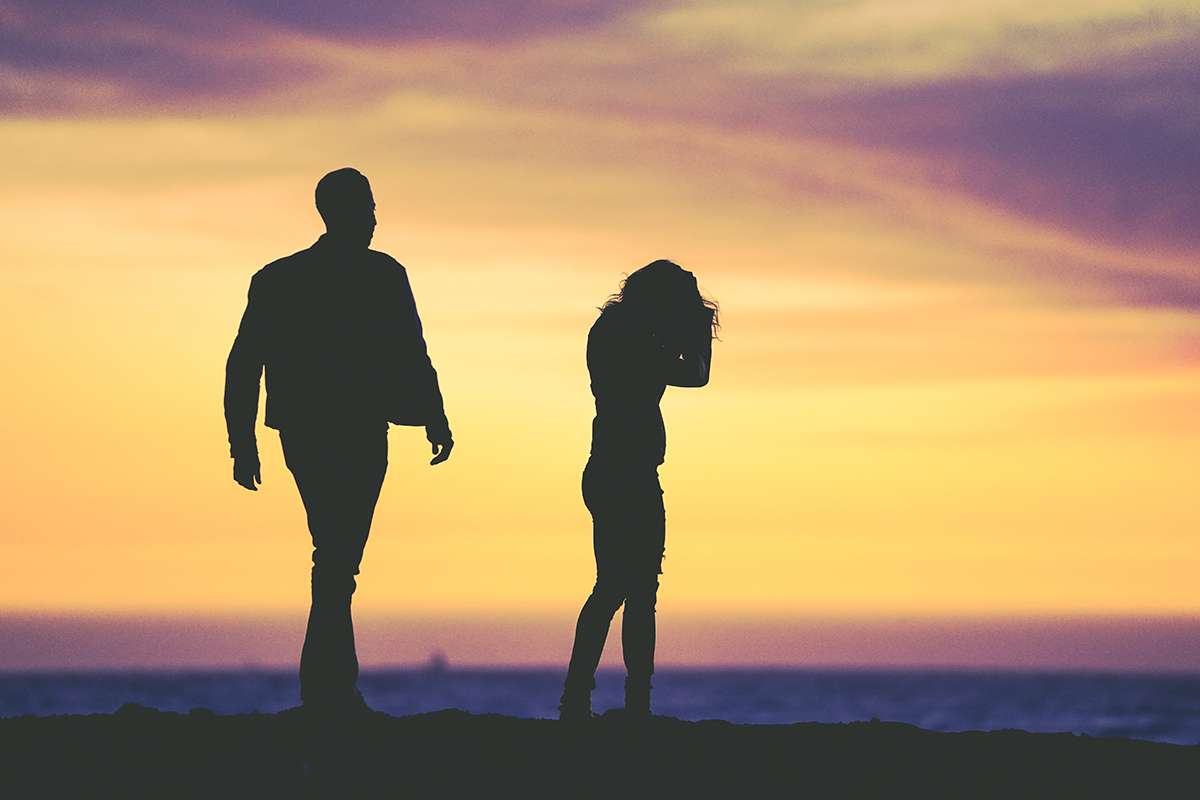 There’s an insidious lie infecting our society today: pornography doesn’t hurt anyone. Some even naively believe it can enhance marriage and improve sexual relations between a husband and wife.

Pornography is an empty promise.

It’s tentacles reach far into one’s life. It is always hungry but never satisfied. It is a progressive addiction that often leads to adultery, child molestation, sadistic behaviors, and, in some cases, murder.

I’m aware that some of you will be uncomfortable or angry, others will laugh and think I’m old-fashioned, but there are some who will relate to the pain I’m about to share.

You see, my husband was secretly addicted to pornography for many years. Not only was it slowly destroying him, but it also almost killed our marriage. In 2017, my husband and I decided to publish our story, Choosing a Way Out: When the Bottom Isn’t the Bottom, hoping that it would help others admit, confront, and find healing from this horrible addiction.

This is our story. It was the day that forever changed our marriage.

I was unaware of the imminent crisis. It had been an uneventful day. An ordinary, comfortable, predictable day. A typical Monday workday—catching up on email, planning the various tasks for the rest of the week, attending several meetings to prepare for the upcoming fall. School would be starting soon, so we were in the final planning mode at the office.

For once, I left work on time to get home and finish dinner before Dave walked in the door. Our oldest son, Eric, who was finishing up the last few weeks of work before he headed off to college, would also be hungry.

That night Dave was unusually quiet at dinner and didn’t eat very much, saying he wasn’t hungry. I thought it strange but perhaps he’d eaten a late lunch.

After I cleaned up the dinner dishes, I noticed Dave had gone to our bedroom and was lying down on the bed, which was odd for that time of the evening. As I approached, I could tell he was agitated. Without raising his head from the pillow, he quietly informed me that it was very likely he would be fired.

Sinking quickly onto the other side of the bed, I asked, “Why?”

With no trace of color on his face, he responded, “Because of a moral failure.”

I couldn’t breathe. It felt like the air was sucked out of the room.

With a calmness that had to come from the Holy Spirit, I asked a few more questions and listened as he revealed his lifelong struggle.

I heard only one word. “Pornography.”

And my world shattered.

Haltingly, brokenly, he spoke of his hidden addiction. I don’t remember his words.

My husband of 25 years worked for an international Christian ministry. Being a faith organization they, naturally, took a hard stand against the evils of pornography. Thoughts tumbled through my brain like,

“He was doing this at work?”  “How long has this been going on?”

He’d been hiding this addiction for years. Now he’d been caught—at work—and the consequences were probably going to be severe.

I’d never seen his face so distraught or heard such anguish in his voice before. He stumbled over his words, his whole body shaking with shame. He was devastated, horrified at what he’d done—to me, to our marriage, to himself.

Dave went on to explain that there would be a meeting the next day to determine if he could keep his job. At that meeting, he was to present a game plan of how he would deal with this addiction—not only deal with it but get rid of it. He didn’t sense much hope of retaining his job. The company’s policy was unambiguous: “Grounds for immediate dismissal.”

The night suddenly took a sharp left turn. What should have been the time to begin our evening bedtime routine was now not even a conceivable thought. I felt my body respond in full crisis mode. Adrenaline pumped through me while my brain felt sluggish. I felt as if I was sprinting through tall grass trying to escape a roaring lion, and yet I couldn’t move. I had no way to process this revelation.

Instead, my mind jumped from fragment to fragment, nothing making a connection. The pain and confusion were so intense it felt like I would explode into a million pieces at any moment. I desperately tried to remain calm and rational, but my shaking body betrayed me.

I was stunned, hurt, angry, shocked, and in complete disbelief. I couldn’t wrap my mind around what was happening to my perfect world, my wonderful marriage. My gilded castle.

Sleep was the furthest thing from my mind, when he said, “I completely understand if you want me to sleep on the couch.”

I heard myself say, “Well, it’ll be crowded with the two of us.”

Humor and levity, usually welcome in our marriage, came from somewhere inside me. An astounding comment to come out of my mouth at that moment, especially since sleeping wasn’t on my radar in the foreseeable future. The compassion in my statement was entirely out of sync with my ricocheting emotions and felt as if it came from some other world.

“Who is this man in our house?”

The thought flitted through my head that I didn’t know this man I’d been married to for a quarter of a century. How could this be? He’s such a “good” man. How? What now?

I knew we needed help, but I didn’t know where to turn.

Before either of us could consider sleep of any kind, we knew we had to tell our three kids. If a job termination was imminent, they needed to hear it from us. How would it be to hear, out of the blue, that your dad suddenly lost his job?

So, instead of starting our bedtime routine, Dave went downstairs to tell our son, Eric. I stayed in our room. Reeling from the news.

To make matters even more delicate, Dave and Eric worked at the same company. Dave’s co-workers were Eric’s co-workers. He would be significantly impacted by the scandal of this announcement, so he needed to know right away.

As reality began to set in so did my pain and disgust.

While Dave was talking with our son, the phone rang. It was our son-in-law, Casey. He also worked at the same ministry with Dave. He’d seen Dave at work and thought something was wrong. He called to make sure Dave was okay. I carried the phone toward our son’s room where I heard murmuring voices. After handing the phone to Dave, he asked Casey to put our daughter, Erin, on the phone too.

With a hollow voice, he explained the situation to our daughter and new husband. His colorless face reflected the agony in his soul. Almost devoid of emotion, he spoke quietly while I sat in a nearby chair, thoughts whirling, scrambling to make some sense of the last half hour. Part of me ached for his pain, while another part took secret satisfaction in it.

Eric, Casey, and Erin extended immediate forgiveness to Dave and said they would stand by him no matter what. They knew and loved Dave for the wonderful, caring, creative father he had always been to them. In their minds, this addiction did not define him.

Our youngest son, Nate, was overseas at university at the time. In the next few days, Dave would email him to let him know that he needed to talk with him as soon as possible.

Out of the blue, a thought came to mind. In what can only be the intervention of the Holy Spirit at this time of confusion and crisis, I had a crystal clear thought. One of my dear co-workers and her husband were trained counselors. We should call them.

The boulder growing in the pit of my stomach seemed to shove me into action. We needed help, and we needed it now. I asked Dave if he was willing to meet with them immediately if they were available. Tonight. He agreed. It was late, but I made the call. They agreed to meet with us right away. They wanted to see us in person.

I felt dead inside as we drove to meet them. There were no words. I was stunned. And reeling.

We walked into the building, where at first sight of my co-worker, I erupted into tears. Agonizing, hot tears of confusion, anger, and pain flooded my face.

“Where were my tissues?”

They ushered us into a meeting room. We sat there. Probably as a natural impulse, Dave wanted to hold my hand. I didn’t want to touch him.

Dave told his story to Cathy and Rick. They listened, asked a few questions, and then turned to me, a puddle of tears. I don’t recall everything that was said, but the one question I remember asking them over and over was, “Why didn’t I know?”

Their answer, “You did. At some level.”

My heart slipped beyond what I had earlier believed was its lowest point and crashed. Splintering into pieces. Rock bottom. Had I known and refused to acknowledge the pornography?

Such an ugly word. Such ugly images filled my mind.

We discussed the ultimatum at his job. They suggested he submit to counseling and suggested we also needed marriage counseling.

Their next words brought the first hope—a ray of warm light into a dark, cold place. “You can get over this addiction. It’s not fatal.” We both needed to hear that.

What do you need to hear today?

This crisis set in motion monumental healing, discovery, pain, freedom, and recovery. And it saved our marriage. To continue to run and hide would have shoved us further apart. Staring into the face of reality was exactly what we needed.

Are you struggling with hidden sin in your life? Are you hiding it from the very person ordained by God to help you?

There are four truths to consider:

What are you struggling with today?

Take a risk and reach out for help. If you are trapped in addiction of any kind, continuing on your same course will not bring the results you desire.

Think someone you love is addicted to pornography? Get this free resource:

Pornography addiction did its best to destroy our marriage as it has done to others.

By the grace of God, and only through His intervention and healing, we survived.  We know the struggle is real. There is no condemnation from your loving God or us. We want to help. If you are dealing with this, please reach out. I promise to listen without judgment and help you take the next step.