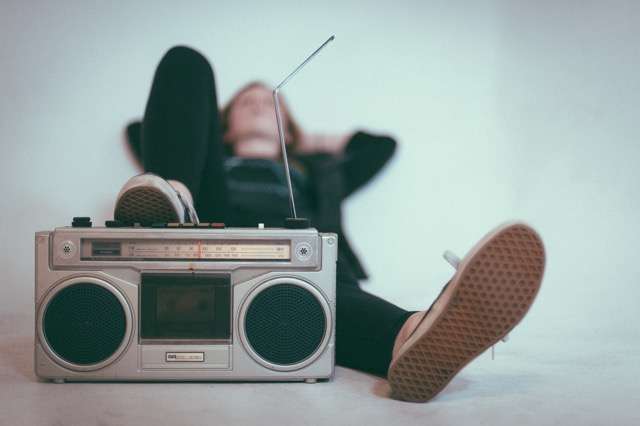 Never waste a good crisis. That’s what Sheryl Cooper says. And she means it.

Sheryl, the wife of rock music legend Alice Cooper, took a bold step a few years into their marriage. She packed up her young daughter and left.

Alice Cooper admits he struggled with alcohol. He’d been through rehab for alcoholism, but his sobriety didn’t last. That, with the drugs, was enough for Sheryl. She drew a boundary, packed up, and headed back to Chicago. While there, Sheryl returned to her faith and plugged back into her church community.

According to Alice, he had to get to the bottom rung before he could look up.

When he did, he was vomiting blood. His alcoholism took its toll. Once more, Cooper found himself in rehab, but this time, his addictive personality flipped on its ear. In Cooper’s words, “I became addicted to sobriety. I’m not a cured alcoholic; I’m a healed alcoholic. It’s a miracle. It’s as if it never happened. God just took it out of my life.” Cooper never attended an AA meeting or had a sponsor. Sheryl says, “He doesn’t have a sponsor; he has a Savior, Jesus Christ.”

The couple celebrated 40 years of marriage recently. Why? According to both, it’s because of their relationship with Jesus Christ.

The only thing their marriage counselor asked them to do was attend church every Sunday.

They agreed, and it’s been the change agent in their lives and marriage. For the last 35 years, they’ve kept that vow.

When Alice asked his pastor if there was anything wrong with him being a rock singer, his pastor asked him a startling question.

What if God created Alice to use this platform to reach others for Christ?

Pastor Greg Laurie, of Harvest Christian Fellowship in California, agrees. Alice Cooper speaks to a different audience who needs Christ. Cooper’s audience wouldn’t talk to a pastor like Laurie or enter a traditional church. They wouldn’t listen to someone like me either.

You may have trouble reconciling Alice Cooper the shock rocker with Alice Cooper, the Christian, faithful husband, and father.

I had to overcome my preconceived notions the first time I heard his story. God tapped me on the shoulder, “Why can’t I use him to tell others about my son, Jesus?”

At that moment, God kicked out of the box I tried to place around Him.

As Cooper says, “Humans make lousy gods. We need to let God be God, and us be what we are.” There’s profound truth there. My God was too small; God the Father is magnificent.

I love their honesty and transparency about their crisis and redemption story.

Addiction tried to destroy another marriage and failed. Be encouraged.

Alice and Sheryl made tough decisions along the way. But, through counseling and rehab, they decided to stick with each other.

With his usual sense of humor, Cooper says, “Marriage is two dysfunctional people who refuse to give up on each other.”

And Sheryl adds, “We don’t rely on our power, but on a power much greater, our Savior Jesus Christ.”

Today, they continue to perform rock music that might not be your preference. It’s not mine, and that’s okay. But, Cooper continues to study the Bible, attend church every Sunday, and grow in his relationship with Jesus. He wants to do God’s will in everything. Therefore, some of his past signature acts got the ax.

Cooper, who sees himself as the “prophet of doom,” wonders if maybe one thing he can do is help others understand the reality of Satan.

“Be careful! Satan is not a myth. Don’t sit around pretending like Satan is just a joke,” Cooper said about his new message. “I think my job is to warn about Satan.”

As for the critics who try to judge Cooper by his wild past, the American rock star had a great comeback answer for them.

“I was one thing at one time, and I’m something new,” Cooper said. “I’m a new creature now. Don’t judge Alice by what he used to be. Praise God for what I am now.”

We all crave redemption from the crisis.

Listen to Alice and Sheryl tell their story; click the picture below [25:43].

We may try to fill it with all kinds of addictions, destructive behaviors, illicit sex, work, or something else. But, Jesus Christ is the only one that fills the deep heart longing we have.

What crisis stares you in the face? Are you willing to work through it? Or will you run away?

The Bible tells us that Jesus Christ came to give us new life, abundant life. There’s no crisis He can’t overcome if you are willing to follow His lead. Vincent Damon Furnier (Cooper’s given name) doesn’t go it alone; you don’t need to either. Reach out. Take concrete steps to surrender your life and avoid the pain of a broken marriage.

Want to talk? Are you afraid your confessions will shock me? Nope. No shock jock, no sin, no darkness has more power than He who has defeated death. Let’s change your tomorrow. If you need help, please reach out. I promise to listen without judgment and help you take the next step.