My husband parents differently than I do. That’s okay. 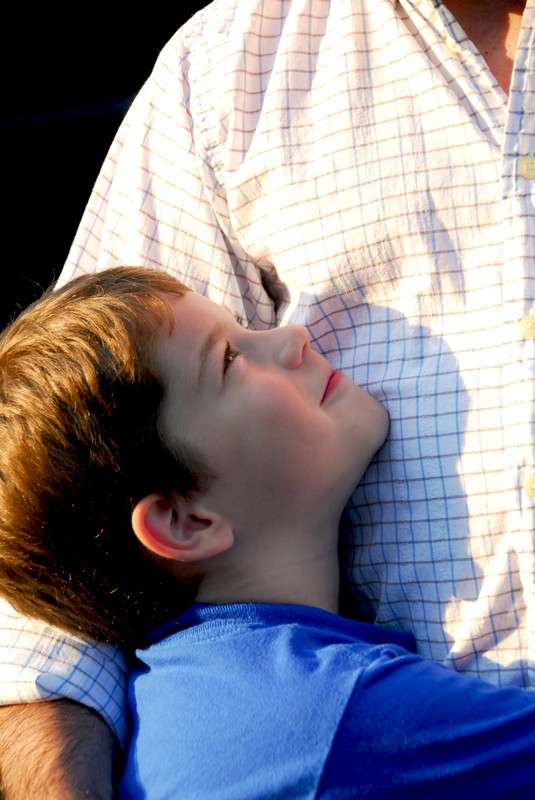 Several years ago, while visiting my parents in their new retirement community, my husband told me about an incident that happened with our son. I admit I wouldn’t have handled the situation as my husband did—my husband parents differently than I. But, as it turns out, my husband’s parenting was inspired that day.

Swimming at the pool with Grandpa was a blast!

But now Nate was hungry. As he, his siblings, Dad, and Grandpa dried off, Nate impatiently waited to head back to Grandma’s.

But Nate didn’t listen. He started toward Grandma’s, sure he knew the way.

At least that’s where he thought he headed.

In the middle of the road.

Nothing looked familiar. He turned all the way around, desperately looking for Grandma’s house.

He was lost. Alone. As fear settled in and he began to cry, he heard a familiar voice.

Nate threw himself into Dad’s arms.

That day my husband taught our son some valuable lessons:

My husband’s goal was to show Nate that he didn’t know as much as he thought he did. He still needed help.

Nate’s not the only one who learned a lesson from this incident. I did too.

My husband parents differently than I. While I didn’t like that he let our young son head off on his own, he never lost sight of our son or the goal. As a mom, I would have handled this completely differently. I’m thankful that I wasn’t there. Nate learned a lesson he never forgot.

This story isn’t unique. In fact, all of us, if we are honest, have taken Nate’s path. We choose to go our own way instead of following the Father’s way, believing we know best.

But the Father’s amazing love is always ready when we stop, turn around, and look for Him. Aren’t you thankful for that? I know I am.

When have you experienced the Father’s love and gentle correction? How did that make you feel? Send me your thoughts.