5 Unsuspecting Ways You Could Guarantee an Affair

By Kirsten D SamuelAugust 5, 2022No Comments 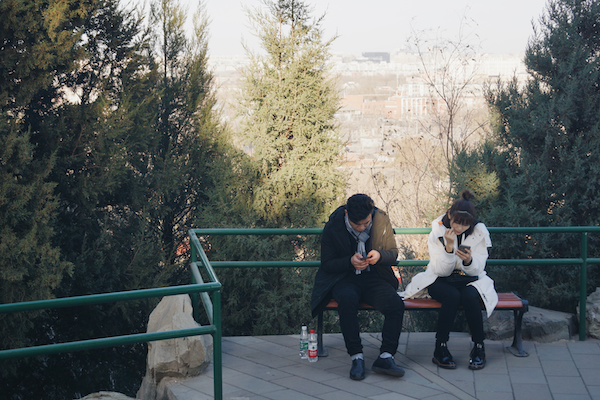 Jack and Sally sat across the family room. Like most evenings, if they were home, Jack channel-surfed, and Sally scrolled through Facebook, Instagram, and Pinterest. Eventually, Sally mentioned the late hour and headed toward their bedroom, and Jack seemed oblivious.

Jack watched Sally meander down the hall and wondered about the coldness between them. As Sally climbed into bed, she couldn’t remember the last time they’d gone to bed at the same time and cuddled.

1. Critical communication. Jack guarded his words around Sally. It seemed like every conversation ended in an argument. He felt defensive and in the wrong most of the time. He wondered why Sally looked at him with disdain. Sally felt like she never got a straight answer from Jack. When she asked a question, his answers felt accusatory and clipped. They used to talk about many things, but now every conversation felt stilted and angry. Frustrated, she didn’t know how to get through to Jack. It seemed like they argued about the same things repeatedly.

2. Kid-centric focus. Sally loved being a mom. Since it took a few years for them to conceive, she thanked God every day for the privilege of motherhood. Jack was a great dad, too, as she knew he would be. By the time they got the kids settled for the evening, it was all Sally could do to collapse into her favorite chair. She needed some mindless activity by scrolling social media, plus it allowed her time to catch up with what her friends were doing. When Sally and Jack talked, it was about their schedules and kids. She couldn’t remember the last date they’d had.

3. Keeping score. Jack wanted to feel close to Sally, but it seemed their conversations lately ended in arguing about something. He felt like he could never please her. Sally knew she still had some weight to get off after their last child. She felt frumpy and ugly compared to the women in Jack’s office. Lately, she felt like Jack left her to care for the kids and the house while he watched a game or wasn’t even home. She knew her fear came out in accusing words.

4. Overcommitment. Before they had kids, Jack and Sally discussed the opportunities they wanted their children to enjoy. They agreed on the importance of music lessons, sports teams, and church activities. But now, with the three kids, life has become a scheduling challenge. Even their weekends are filled with activities for the kids. Add in Sally’s part-time job, volunteer work, Jack’s job, and church responsibilities, and they rarely enjoy meals together as a family. Sally and Jack feel more like roommates than lovers. Sally’s friend Tom, a soccer dad on her daughter’s team, offers a sympathetic ear.

5. Emotional Disconnect. Too often these days, Sally tells Tom her deep desires and dreams. She feels a connection with him that she doesn’t have with Jack. Recently, she met Tom for coffee before picking up the kids from school. Jack loves chatting after meetings with Kim. She understands him. Her soothing acceptance when he told her about the struggles with Sally offers encouragement that he isn’t such a bad guy after all. Kim laughs at his corny jokes when Sally rolls her eyes. Although more than ten years his junior, Kim made Jack feel young and desirable again. He loves that they are working on the latest project together. It makes it easy to justify the extra time with her.

While these warning signs can mean your marriage is headed for an affair or divorce, it’s not a foregone conclusion.

Every marriage struggles from time to time. We’re imperfect humans, which means we make mistakes regularly, function selfishly, and can be clueless about the other person’s needs. We set a negative relational trajectory when we focus on what’s wrong with our partner.

“The recipe for failure in a marriage is waiting for the other person to change.”

The good news? You can change, and so can he.

“Dr. Gottman discovered in over 40 years of research with thousands of couples that the number one solution to marital problems is to get good at repair,” writes Terry Gaspard, MSW, LICSW.

Here are a couple of repair ideas you can implement today.

1. Forgive. Forgiveness means you give up the right to exact revenge on the other person for hurting you. It doesn’t overlook the hurt. You acknowledge it but don’t seek ways to punish the other person. Instead, you realize you are on the same team, everyone makes mistakes, and seek to find resolution with him.

2. Practice gratitude. Say thank you for specific positive things you catch your husband doing each day. Acknowledge the hard work he does to support and care for your family. Remember and communicate with him the characteristics you love about him—they’re what drew you to him in the beginning.

You can protect your marriage every day, or you can set it up for an affair.

Which will you choose?